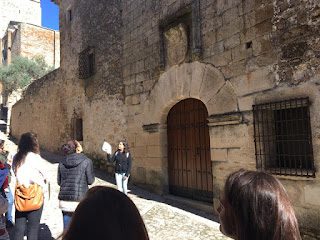 This past Monday, the tourism students of IES Turgalium hosted a walking tour in the old

part of Trujillo. This tour focused on the heraldry of the old city, and the students displayed a

wealth of knowledge about various important families of Trujillo’s past. The tour began with the

Chaves family’s coat of arms and concluded with the Virgen of Victory in the main square. It

was great to see the students display what they’ve learned in class, and it became quite clear that

there is a lot to know in order to give a tour of a city like Trujillo. The way in which the students

into their studies this year. Going on this walking tour was fascinating, especially as the

Language Assistant at Turgalium. I felt like I had taken a step back in time, and it was

particularly interesting since Trujillo is older than the entire United States. Thank you, Turgalim

tourism students, for a wonderful tour of Trujillo! 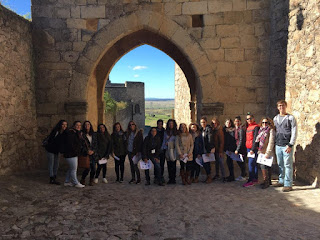 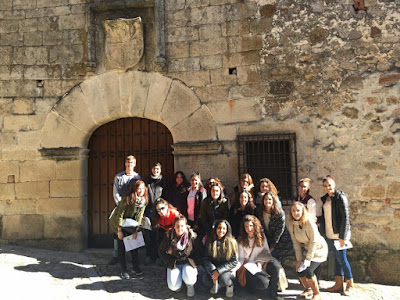