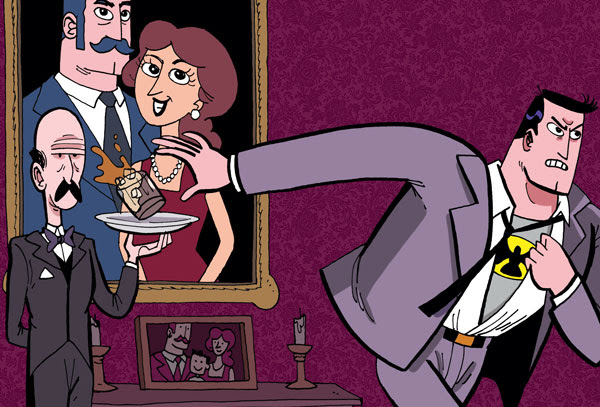 Click image to view full comic
George Bernard Shaw (1856-1950) was an Irish playwright. He wrote over 60 plays and is the only person to have received both a Nobel prize (for Literature) and an Academy Award (for Adapted Screenplay).
After deciding to become a writer, Shaw was supported financially by his mother and by the time he was 25, had completed three novels. But guess what? They were huge failures and no publishers bought them. Shaw found work as a music and theatre critic, while taking up playwriting in his spare time. His most well-known plays include Caesar and Cleopatra, Major Barbara, Man and Superman, Saint Joan and Pygmalion (which was turned into the musical My Fair Lady).
The quote used in the comic is taken from a lecture Shaw delivered titled Art and Public Money. Thanks to reader Gustavo for submitting the quote.

RELATED COMICS:
Theodore Roosevelt: The Man in the Arena
George Mallory: Because it’s There
Jack London: I’d Rather be Ashes Than Dust
by Marina Hurt